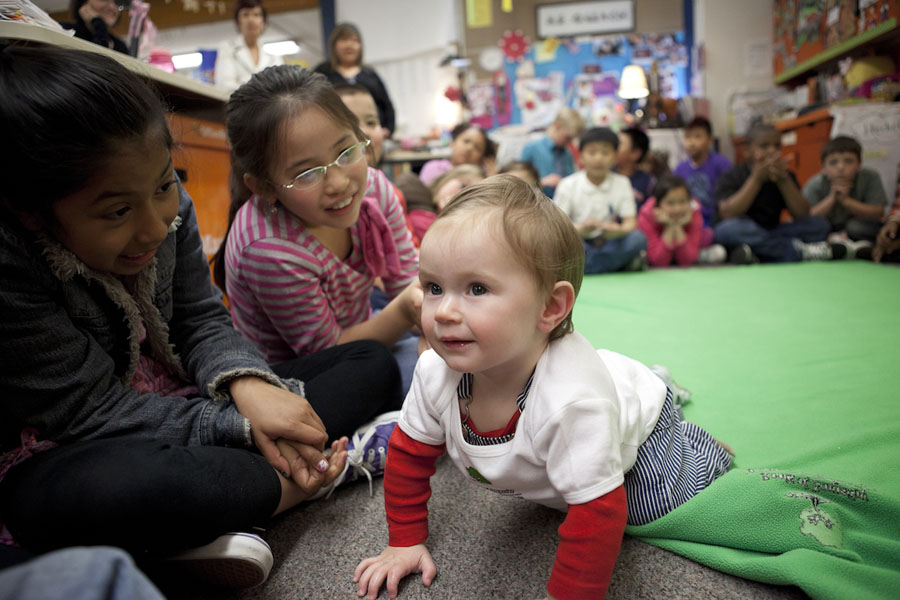 Roots in the News

Want to Reduce Bullying in Schools? Bring in Babies

Home » Want to Reduce Bullying in Schools? Bring in Babies

“What we do know and what the teachers know is that the children really do learn to understand the alphabet of their emotions. And even better, they are able to talk about how they feel,” Gordon tells NationSwell.

And that can translate into a 50 percent reduction in the number of children who pick fights in the classroom.

Other research has confirmed those findings. A study in Northern Ireland showed that kids in a Roots of Empathy program saw improved social behaviors, such as positive communication with other students, and a reduction in “difficult” behavior. Likewise, in a 2005 study by the University of Missouri, researchers found a link between Roots of Empathy’s program and “particularly strong evidence for its potential to reduce aggression and violence.”