“In society, we generally measure what we treasure. Traditionally, schools have measured children’s competence in subject areas. Roots of Empathy measures the affective side of children’s knowledge, understanding, and attitudes.”

Why should society be interested in a program that focuses on children’s social and emotional competence?

The incidence of bullying and aggression experienced by school children is problematic. Beyond the fact that no child should ever be made to feel vulnerable, insecure, threatened or victimized by violence, aggression in the school environment can inhibit learning and create interpersonal problems for children.

Moreover, a high level of childhood aggression is problematic in the long term as it is a significant predictor of adult criminal behaviour and other anti-social behaviours (Broidy et al., 2003; Nagin & Tremblay, 1999).

It is often overlooked that in 85 per cent of school bullying episodes there are onlookers and bystanders (Pepler & Craig, 1995). These witnesses, our children, are being adversely affected. Unlike other programs that address bullying by targeting the victim or bully, Roots of Empathy works universally with the whole class.

The program teaches perspective taking skills that enable all students to gain insight into how others feel and develop a sense of social responsibility for each other. In the ROE classroom, children are empowered to challenge cruelty whether it is in the form of bullying or meanness.

Research on Roots of Empathy

Since 2000, there have been numerous independent evaluations of the effectiveness of Roots of Empathy.

Key research findings show that with the increase in empathy, Roots of Empathy children demonstrate:

In 2001, a randomized, accelerated, longitudinal study conducted in Manitoba showed the beneficial effects of the program were mostly maintained or continued to improve throughout the follow-up years (physical aggression decreased, indirect aggression decreased, and pro-social behaviors increased).

A longitudinal cluster randomized controlled trial conducted in Northern Ireland found that Roots of Empathy had a positive impact in increasing children’s prosocial behaviour and reducing their aggressive anddifficult behaviour. The study also showed some evidence that the effects in relation to reducing difficult behaviour may have been sustained for three years beyond program participation. The program was also found to be cost-effective in line with national guidelines.

An evaluation of the Roots of Empathy program in Switzerland, 2015-2017, showed a significant decrease in aggression compared with controls. Results were maintained one year after program completion.

Researchers at the Ontario Institute for Studies in Education at the University of Toronto evaluated the degree to which the methods and approaches support character education. They concluded that Roots of Empathy is an effective program for developing social and emotional learning, based on scientific research on child development and personal and professional experience of leading educators and health practitioners.

“By providing many opportunities to see skills modeled, to apply these same skills in real-life situations, and to reflect on their learning, the program increases the chances that students will develop competencies that will guide their future behaviours and shape their dispositions.”

A University of Missouri report by Dr. Marvin Berkowitz titled What Works in Character Education: A Report for Policy Makers and Opinion Leaders reviewed character education programs and concluded that there was scientific evidence of the effectiveness of Roots of Empathy, and particularly strong evidence for its potential to reduce aggression and violence.

“Roots of Empathy is an effective school-based curriculum for fostering the development of student character.”

These guidelines provide information for individuals interested in conducting research that involves the Roots of Empathy and Seeds of Empathy programs. Roots of Empathy recognizes the significance of evidence-based research and adheres to a best practices research model. The organization will accept research proposals from national and international scientists, Postdoctoral Fellows, and Doctoral candidates.

In an effort to respect the children, classroom teachers, Early Childhood Centre Staff, Instructors, administrators and schools, as well as to limit disruptions to classrooms, it is required that research requests be submitted for approval to the Research Review Committee (RRC) at the Roots of Empathy International office prior to the commencement of any research. The RRC will review submitted research proposals to ensure that the proposed projects meet the defined research criteria. More specifically, the committee will determine whether:

The RRC will notify the applicant(s) regarding the final decision, once the proposal has been reviewed. It should be noted that even if the RRC approves a research project, this does not ensure access to a school or an Early Childhood Centre, as the school and/or centre must be willing to participate in the research study.

Submissions should be directed to the Roots of Empathy Research Review Committee, rrc@rootsofempathy.org 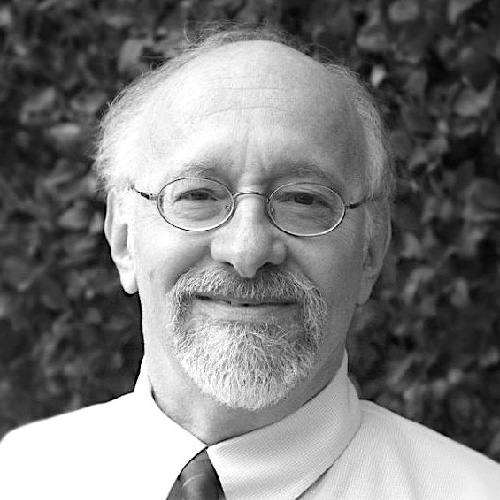 Dr. Allan Schore is on the clinical faculty of the Department of Psychiatry and Biobehavioral Sciences, UCLA David Geffen School of Medicine. He is the author of four volumes on affect regulation, including his latest, The Science of the Art of Psychotherapy. Dr. Schore is Editor of the acclaimed Norton Series on Interpersonal Neurobiology, and a reviewer or on the editorial staff of 35 journals across a number of scientific and clinical disciplines. 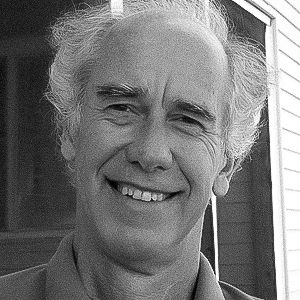 Dan Batson received his Ph.D. in psychology from Princeton University in 1972, was a member of the Department of Psychology at the University of Kansas from 1972-2008, and is a Professor Emeritus there. He now has a courtesy appointment as an Adjunct Professor of Psychology at the University of Tennessee. Dan is the author of The Altruism Question: Toward a Social-Psychological Answer (Erlbaum Associates, 1991), the chapter in The Handbook of Social Psychology (4th ed.) on “Altruism and Prosocial Behavior” (McGraw-Hill, 1998), Altruism in Humans (Oxford University Press, 2011), and What’s Wrong with Morality? (Oxford University Press, 2016). 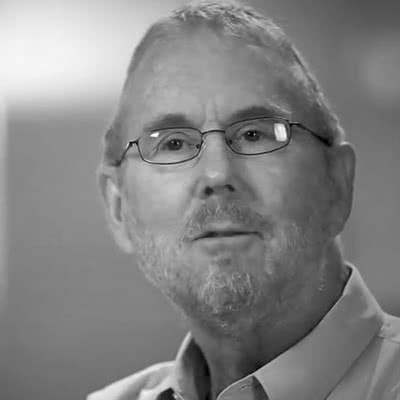 Dr. W. Thomas Boyce is Professor Emeritus of Pediatrics and Psychiatry and heads the Division of Developmental-Behavioral Pediatrics at the the University of California, San Francisco. He was previously the Sunny Hill Health Centre/BC Leadership Chair in Child Development. He is also Co-Director of CIFAR’s Child and Brain Development Program and a member of the Institute of Medicine of the National Academies. 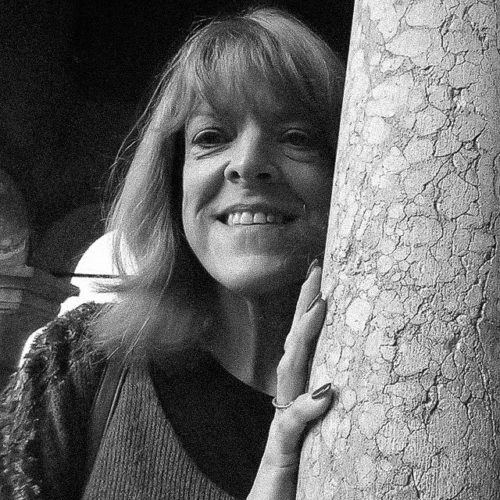 Susanne Denham is an applied developmental psychologist and Professor of psychology at George Mason University, with M.A. from The Johns Hopkins University and Ph.D. from University of Maryland, Baltimore County. She is also a nationally certified school psychologist. She is the author of two books, Emotional Development in Young Children and, with Dr. Rosemary Burton, Social and Emotional Prevention and Intervention Programming for Preschoolers, as well as numerous scholarly articles and presentations. 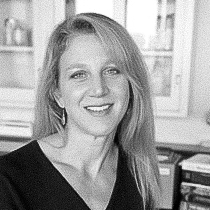 Lise Eliot is Professor of Neuroscience at the Chicago Medical School of Rosalind Franklin University of Medicine & Science. A graduate of Harvard, she received her PhD in Cellular Physiology & Biophysics from Columbia University and completed a post-doctoral research fellowship in Neuroscience at Baylor College of Medicine before turning to public education about brain and gender development. She has published over 60 works, including the books, What’s Going On in There? How the Brain and Mind Develop in the First Five Years of Life (Bantam), and Pink Brain, Blue Brain: How Small Differences Grow Into Troublesome Gaps – And What We Can Do About It (Houghton Mifflin Harcourt). 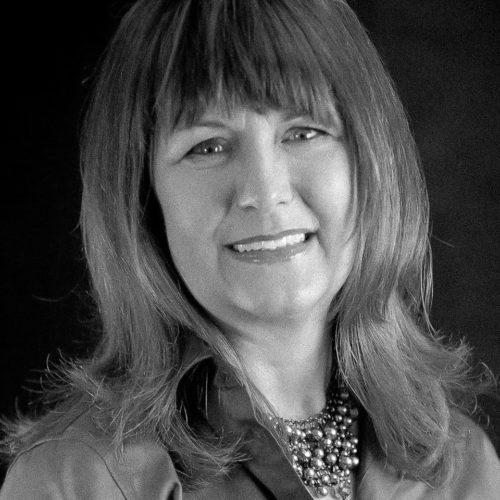 Dr. Kimberly Schonert-Reichl is an Applied Developmental Psychologist and a Professor in the Human Development, Learning, and Culture area in the Department of Educational and Counselling Psychology, and Special Education at the University of British Columbia. She is also the Director of the Human Early Learning Partnership. She received her MA in Educational Psychology from the University of Chicago, her Ph.D. in Educational Psychology from the University of Iowa, and completed her postdoctoral work as a National Institute of Mental Health (NIMH) Fellow in the Clinical Research Training Program in Adolescence at the University of Chicago and the Department of Psychiatry at Northwestern University Medical School. Dr. Schonert-Reichl has over 100 publications in scholarly journals, book chapters, and reports and has edited two books on mindfulness in education, including a co-edited book with Dr. Robert W. Roeser Handbook of Mindfulness in Education: Integrating Theory and Research Into Practice (Springer Press, 2016).

What Scientists Say About Us

“We went out to see a (Roots of Empathy) classroom visit and it was fascinating to me. I could see immediately that the program Mary Gordon had set up was indeed connected to the research that was going on in brain development and pro-social behavior in infants and young children”

“You can really see that Roots of Empathy takes research very seriously and I think that the best kind of interventions are those where you really have a good crosstalk between the people on the ground that do the interventions, that understand the needs of children from different backgrounds.”

“Mary Gordon has created a brilliant strategy for teaching young children the essential skills to see the mind within each person…Empathy in all its forms is encouraged and cultivated in this science-based, emotion-inspiring, life-changing immersion in the inner world of human development.”

Dr. Daniel SiegelClinical Professor of Psychiatry at the UCLA School of Medicine and founding co-director of the Mindful Awareness Research Center at UCLA

“Roots of Empathy reminds each student fortunate enough to have this marvelous program of what being vulnerable feels like and how we need to care for each other in this complex world.”

Dr. Daniel SiegelClinical Professor of Psychiatry at the UCLA School of Medicine and founding co-director of the Mindful Awareness Research Center at UCLA

Dr. Allan N SchoreClinical faculty of the Department of Psychiatry and Biobehavioral Sciences and UCLA David Geffen School of Medicine.

Dr. Bruce PerrySenior Fellow of The Child Trauma Academy, Houston, TX, Professor (Adjunct) in the Departments of Psychiatry and Behavioral Sciences at the Feinberg School of Medicine at Northwestern University in Chicago and the School of Allied Health, College of Science, Health and Engineering, La Trobe University, Melbourne, Victoria Australia.