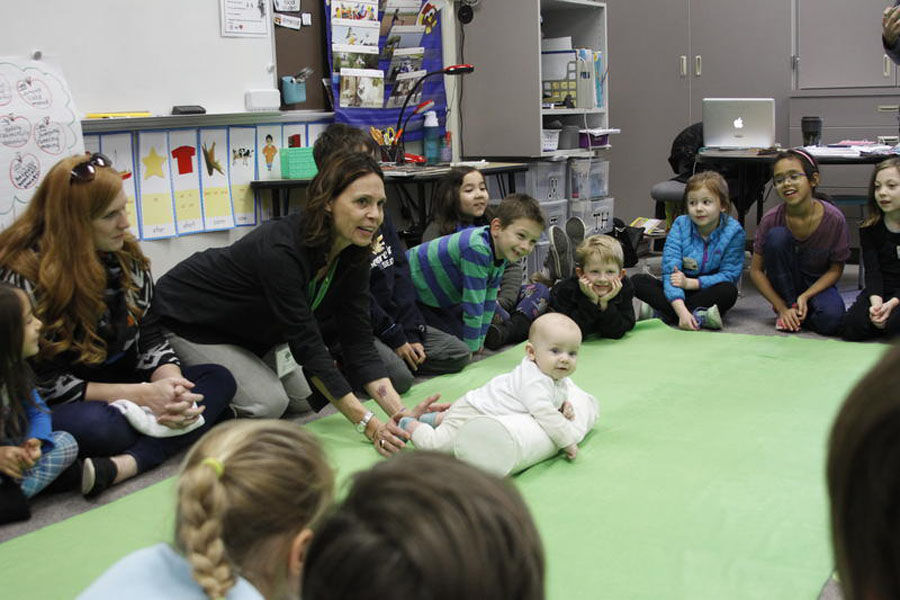 Roots in the News

This baby teaches empathy to second-graders

NPR affliate KUOW in Seattle visited a Roots of Empathy classroom in the city. Here’s what they way about the program:

Roots of Empathy has been shown in numerous studies to increase students’ compassion toward their peers, and reduce aggression. The program began in Canada.

Over the past two decades it’s expanded to ten countries, and three languages. Young says she became an instructor for the program after seeing its effect on her own young son.

Young: “He’s really empathic and I think he got that so early on. It stayed with him.”Declan’s mom, Jill Mitchell, shows the students what’s in her diaper bag, and how she knows what he wants at a given time – from a fresh diaper, to a pacifier. Young: “Let’s sing a song to our bouncing baby. Maybe a bouncing song and we’ll see how he reacts.”